Is the Modi Government Hiding More Than What It Is Revealing With the RTI Act?

The Right to Information Act has not been implemented in letter and spirit, which is why the number of RTI appeals and complaints with the Central Information Commission is growing.

Responses to RTI applications submitted to all the central ministries have revealed that social media is aggressively used to popularise the performance of the government. Credit: Reuters

The Narendra Modi government has made an oft-repeated commitment to promote transparency and participatory decision-making processes to contain the scourge of corruption in public life. While the Right to Information (RTI) Act is used for promoting free flow of information, the policy of ‘minimum government and maximum governance’ has been pursued to ensure transparency and accountability in the functioning of the government.

However, the evidence presented in the 12th Annual Convention of the Central Information Commission (CIC) on December 6, 2017, is contrary to the above claims made by the government.

Responses to RTI applications submitted to all the central ministries have revealed that social media is aggressively used to popularise the performance of the government. A huge amount of money is spent to hire consultants and put out advertisements, which can be avoided. The mandatory disclosure of information under Section 4 of the RTI Act is deliberately discouraged by almost all the central ministries, which is why a large number of RTI appeals and complaints are filed with the CIC, resulting in the increase in the number of pending cases for disposal. By the time information is fully or partly disclosed as per the CIC’s direction, it loses its relevance and utility.

All this was revealed during the interface between major stakeholders, namely RTI activists, public information officers of the government departments and the information commissioners of the Centre and the states. These revelations pose a question: Is the functioning of the Modi government duly transparent as it claims or it is hiding more than what is revealed to the public through social media and advertisements?

The Department of Personnel and Training (DoPT) directed inter alia all the ministries, vide its order dated April 15, 2013, to: i) appoint a Nodal Officer who should be responsible for overseeing the compliance voluntarily disclosures under Section 4 of the Act; and, ii) ensure that every public authority gets ‘transparency audit’ done by a third party. In this context, the CIC was mandated to randomly check and conduct ‘disclosure audit’. Neither have the concerned public authorities complied with requirements as stipulated in the said office order, nor have the DoPT and the CIC taken pains to promote openness in the functioning of the government. As a result, the functioning of the government is shrouded in secrecy, as observed by the Institute of Secretariat Training and Management (ISTM), DoPT.

The ISTM audit demonstrates that most government departments do not comply with Section 4 of the Act. In the digital age, neither are the websites properly constructed nor are the information and data regularly revised and updated. Clearly, the RTI Act has not been implemented in letter and spirit, which is why the number of RTI appeals and complaints with the CIC is growing. Not only has the cost of an RTI application been high and rising, but the people are also deprived of the opportunity of making informed decisions in matters of person and national development. Information that should be in the public domain is not, which hints to the perpetuation of ‘the culture of secrecy’ by the bureaucracy and the political leadership.

The study done by the ISTM, presented at the conference, shows that a huge amount of vital information is not displayed on the official websites of the different ministries/government departments. The missing information fall in the following categories: 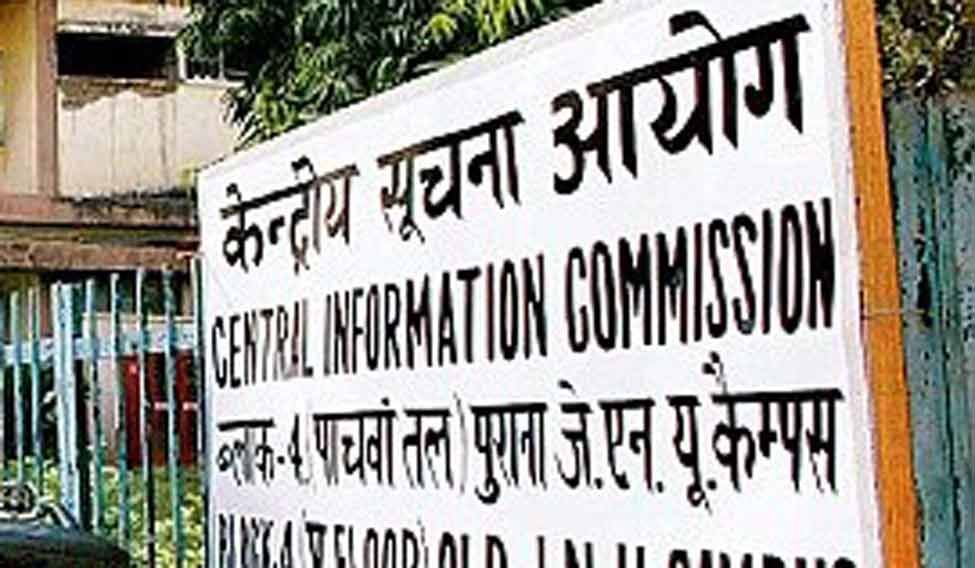 The CIC declared that all political parties are a public authority to be covered under the ambit of the RTI Act so that the sources and methods of their funding could be duly identified and accounted for. Credit: PTI

It is not surprising, therefore, that citizens have to file RTI applications for information which should have been in the public domain. Consider the following responses to RTI applications:

This demonstrates that the intention of the political leadership and bureaucracy is not to voluntarily disclose information till it is asked for. In many cases, information seekers have been harassed or information has been denied without citing reasonable grounds.

Educational qualifications are not secret documents as the degree/diploma awarding institutions display the score of marks/grades on the notice boards and declare them during annual convocations. Yet, a few institutions have chosen to disallow access to education results of individuals in high places, including the prime minister. Many people have acquired degrees through fraudulent methods. Delhi law minister Jitender Singh Tomar, associated with the Aam Aadmi Party, had to resign after being arrested for allegedly using fake degrees to enrol as an advocate. Educational institutions must therefore function transparently rather than encouraging malpractices in admissions and examinations.

Furthermore, a strong political will is a must for containing the scourge of corruption in public life. The CIC declared that all political parties are a public authority to be covered under the ambit of the RTI Act so that the sources and methods of their funding could be duly identified and accounted for. However, political parties have connived to evade disclosure of over 80% of collection of funds, which in effect becomes a source of influencing political decision to favour the donors at the costs of innocent majority of citizens and the national interests. Elected members of parliament, as mentioned above, do not disclose their assets and liability. Such a disclosure by the then transport minister of Kerala, Thomas Chandy, had led to his resignation for accumulation of disproportionate incomes.

While government departments do not disclose mandatory information even when asked for under the provisions of the RTI Act, political parties are reluctant to reveal the sources of funds, which is the root cause of corruption. The purpose of the RTI legislation is thus defeated. The CIC is unfortunately ineffective in enforcing the implementation of various provisions of the Act, as it hesitantly and reluctantly uses its powers to impose mandatory penalty of Rs 25,000 on the information provider and/or awards compensation to information seekers under Sections 20(1) and 19(8)(b) of the Act, respectively. Unfortunately, no one questions the lack of responsiveness of public authorities to comply with the requirements of the RTI regime. Instead, the information seekers are harassed, humiliated and even eliminated for alleged vexatious applications for information.

Transparency is a critical element of good governance and a vibrant democracy. Modi sarkar may do well to salvage the RTI legislation from the clutches of bureaucracy that hides more than what it reveals.