Where Has India's Environmental Journey as an Independent Nation Brought Us?

Will nature be crushed underfoot by the ease of doing business? Or will ecological wisdom thrive? It truly is time for India to decide. 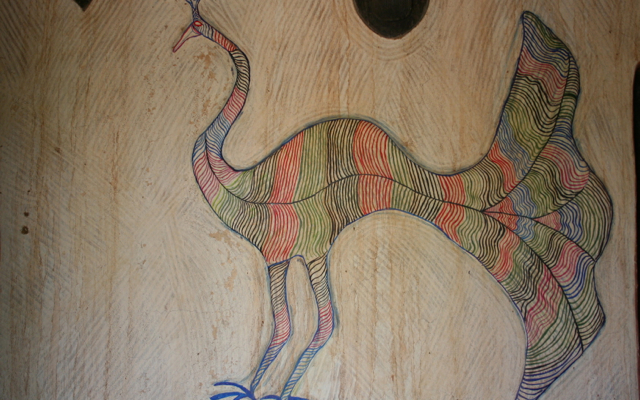 For a country that has the Royal Bengal tiger named after it, and a lion on its currency note, India has a lot to be happy about. It has rich biodiversity, wildlife that seems all the more apparent because of tragic encounters with people, an abundance of rivers and, as the government would like us to believe, several examples of a harmonious coexistence between environment and development.

We are the same country that a few generations ago was hunting down tigers for Royal Shikar; had its last Cheetah fall to a hunting bullet; coveted ivory as an old heirloom and new acquisition both. We raised dams as the temples of modern India and kept forests only for timber. Much has changed: commercial hunting is legally banned and largely socially taboo as well. There is an overall love for wildlife; forests are being valued for ecosystem and biodiversity services. The country has made an ambitious solar power plan, even as the US shies away from climate action commitments. Then again, much has also become worse, some will argue. In India’s environmental journey as an independent nation, a few aspects stand out.

Wildlife – India has broadly done well in stopping the commercial hunting of species. New numbers for India’s national animal (the tiger) and India’s national heritage animal (the elephant) are stable, if not high. India had more than 3,200 tigers at last count. A new, all-India estimate with standardised methodology for elephants finds we have more than 27,300 elephants. Those are the numbers, though the threats are mounting.

Just before World Elephant Day on August 12, an elephant was shot in Jharkhand on charges of going “rogue” and killing people. A quick scan of headlines seems to suggest India is part of daily human-wildlife conflict. ‘One human killed each day in last 3 years as conflict with wildlife escalates’ said a headline recently, responding to environment ministry data that claimed 1,144 people have died in interactions with wildlife in the past three years. The reasons, though, don’t always have to do with wild animals. Planning for projects are turning a blind eye to animal migration, movement and needs.

The Supreme Court has said that people should be moved from 27 elephant corridors but these migration paths have no legal recognition or weight in environmental clearance processes. And it is not as if legal protection actually affords protection. A river-linking project plans to link the Ken and Betwa rivers in Madhya Pradesh, submerging 100 protected square kilometres of the Panna tiger reserve. This is an unprecedented situation in some sense, as the tiger reserve was repopulated with tigers after a complete extinction in the area precipitated by poaching.

While the law says nothing averse to wildlife conservation should happen in a protected area, the project has received wildlife clearances despite the former Panna tiger reserve director clearly nixing the project.

Environmental clearances – The Environment Impact Assessment Notification of India, the law that sets the course for environmental appraisals, was created in 2006, an update from previous provisions under the Environment (Protection) Rules. While the law envisages a fair appraisal process, both the UPA and NDA governments have done their best to weaken it. The present government has a motto of ‘ease of business’ and previously attempted to amend environmental laws through a high-level committee. Currently, through a series of memos, it has undercut the appraisals and exempted several industry sectors. It has allowed post facto clearances and reduced the time for clearance processes without simultaneously strengthening environmental safeguards. A new draft notification even exempts big buildings and construction projects from submitting themselves to these protocols.

The Adivasi Will Not Dance – This is the name of a book by the young Jharkhand-based author Hansda Sowvendra Shekhar. Unbelievably, the author, who writes with great empathy for tribals, is being targeted by a section of tribals as well as non-tribals for misrepresenting tribal women. This approach also typifies the contradiction with which tribals and forest-dwellers have been viewed with respect to wildlife conservation. The British view of forests as sources of timber and assets of the state (and not of the people) is often blamed for a post-Independence forest department that alienated tribal people and forest-dwellers.

In 2006, a legislation to “correct historic injustices” against tribal peoples was enacted. The Recognition of Forest Rights Act (FRA) says tribals and forest-dwellers have the right to forest land and minor forest produce. Yet more than a decade later, tribals – such as in Odisha – say that the forest department is cutting off their access to forests and enshrining forests in bureaucracy and exclusionary practices. So are tribals who believe forests are an important part of their identity better off today? It is hard to tell.

Several wildlife conservationists say the FRA is more political than sustainable and will leave forests worse off than before. Meanwhile, tribes like the Dongria Kondh are at the forefront of saving primary forest through more than decade-long battles in the Supreme Court – and they have been called both anti-development and, criminally, ‘Maoist’.

Dangerous environmentalism – It is perhaps no surprise then that India is one of the world’s most dangerous countries for environmental activism. A report by the international NGO Global Witness finds India ranks fourth on this list. It says 200 people were killed in India in 2016 for defending the environment or espousing environmental causes. Consider two recent environmentalists who have won global prizes. Sanjiv Chaturvedi, an Indian Forest Service Officer, won the Ramon Magsaysay award in 2015 for consistently blowing the lid off corruption in the forest department and other government agencies. Chaturvedi has several court cases against him and has been transferred many times. Prafulla Samantara, who won the Goldman Prize in 2017 for taking on destructive mining, has been intimidated several times. Ramesh Agrawal, another Goldman Prize winner, was shot in the leg. He, too, had opposed forceful land conversion to mining.

National Green Tribunal – Is it a messiah? Is it overzealous? India’s first dedicated environmental Court has been accused of overreach but this may just be proof the tribunal is performing its duty. The NGT has taken a hard look at a very wide range of topics – from air pollution, elephant corridors and storm-water drains to environmental clearances and forest fires. It has become the face of many a citizen’s plea. It is now hearing a case against the cutting down of 6,000 trees in Haryana’s Aravallis by Bharti Land (a sister company of Airtel’s) overnight. It is also hearing a case by Gurgaon residents against the covering up of storm-water channels. In 2016, the tribunal was the sole voice that took on powerful lobbies behind the World Culture Festival in Delhi, questioning the manner in which permits were given to conduct the event on the ecologically sensitive Yamuna flood plains.

While India still holds on to some of its wild spaces, its biodiversity and its heritage, the conflict between man and wild neighbour, and indeed man and man, seems to be getting sharper. Land is at a premium but there still remains only one environment. For instance, India can choose scores of places to build houses in but there is only one Aravalli hill range. Will nature be crushed underfoot by the ease of doing business? Or will ecological wisdom thrive? Faced by climate change, as well as many resilient environmental voices, scattered among the hopes of a developing nation, it truly is time for India to decide.