Unemployment is Up Because 'Make in India', Other Official Schemes Aren't Working

Make in India, Digital India, Startup India and the Smart Cities project were all aimed at creating jobs for the country's youth, but the government has failed to deliver on that promise. 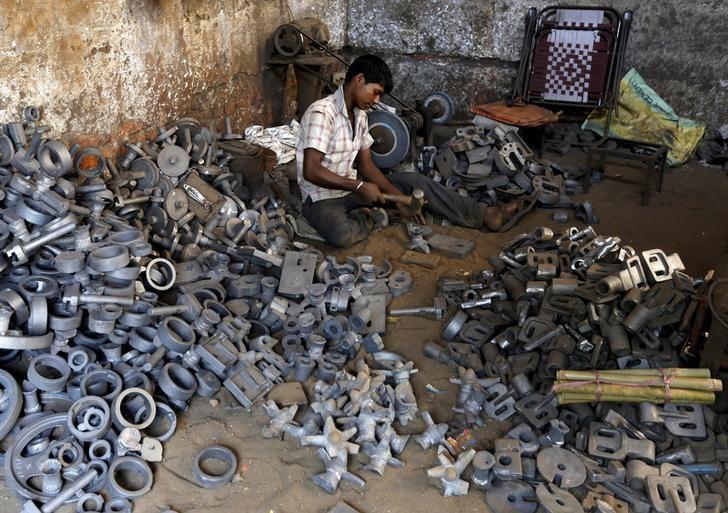 Unemployment is a major hurdle in India’s growth path. The Bharatiya Janata Party’s key election promise in 2014 was job creation. Criticising the UPA government for failing to provide employment, the BJP manifesto stated that “The country has been dragged through 10 years of jobless growth by the Congress-led UPA government. Under the broader economic revival, BJP will accord high priority to job creation and opportunities for entrepreneurship.”

From July 2014 to December 2016, in the eight major sectors – manufacturing, trade, construction, education, health, information technology, transport, and accommodation and restaurant – only 6,41,000 jobs were created. In comparison, these same sectors had added a total of 1.28 million jobs from July 2011 to December 2013. Specifically, jobs created by the Prime Minister’s Employment Generation Programme (PMEGP), which generates employment in rural and urban areas by initiating new micro enterprises and small projects, has fallen by 24.4% from 428,000 in 2012-13 to 323,362 in 2015-16.

Additionally, the Economic Survey (2016-17) also indicates a shift in the pattern of employment from permanent jobs to casual and contract employment. This temporary nature of work has adversely affected the wages, employment stability and social security of the workers.

The Modi government initiated many new schemes to boost employment in India. However, these schemes have not  so far yielded the expected results.

The main aim of the Make in India programme was to generate employment in the manufacturing sector. The target was to increase the share of manufacturing to 25% of GDP by 2020 from 15% under the UPA-led government. However, the parliamentary standing committee of commerce (2017) indicated that “the manufacturing sector has grown only by an average of 1.6% in the last 5 years till 2015-16.”

Some economists believe stringent land acquisition laws and inflexible labour regulations make it difficult for India to attract investors in the manufacturing sector. Others believe the lack of support to local manufacturers has led to the failure of the project. Local apparel, footwear, textiles and leather industries did not receive any support from the government in the form of funding. This suggests that although the government aimed to ease the process of business and create more jobs, it could not achieve either.

The government aimed to stress on automation through the introduction of Digital India. As a result, major IT companies such as WIPRO, Tech Mahindra and HCL Technologies hardly hired any new employees from 2015-16. Additionally, demonetisation and the switch to online transactions resulted in the closing down of many local kirana stores that accepted only cash payments.

In many ways, India is not yet equipped to transition to Digital India. At present, there isn’t enough spectrum or wired connectivity to support the initiative. Through the project, the government had aimed to create home based jobs and encourage more entrepreneurs to start online businesses. However, due to poor digital infrastructure, it has failed to achieve its goals.

Under this programme, the Modi government encouraged banks to provide finance to young entrepreneurs to start their own business ventures. However, lack of innovation and lack of skilled labour resulted in the shutdown of many new startups. In the last two years, a total of 25 startups have shut down. Startups such as TinyOwl, Dazo and Peppertap had to close down due to lack of funds and appropriate skill set. In particular, due to Startup India, many existing employees left their present jobs and turned entrepreneurs. However, since many of the startups failed, they are now unemployed. It could be suggested that not only did Startup India fail to create more jobs, it may have actually resulted in a lot of individuals losing their jobs.

The Modi government had announced that 100 smart cities would be created and townships revamped by developing infrastructure and transportation facilities. Additionally, in each of these townships, new job opportunities would be created to accelerate overall development. In particular, the main aim of smart cities was to invest in technology and train the youth to create more jobs. But post the identification of the smart cities, no further steps have been taken by the government. Though there have been multiple conferences on the subject, no proper policy regarding investment in technology and how to provide training has been designed.

It is also important to highlight that labour force participation among women has declined significantly. In the three-year action agenda draft (2017-2020), released on April 23 by Niti Aayog, the emphasis was on promoting gender equality in workplaces. Government data from 2004-2012 showed that 1.96 crore women dropped out of the workforce in India. One major reason women join the workforce is to add to household income. However, it has also been observed that once household incomes become stable, they leave their jobs. Also, post marriage, women have to divide their time between public and private responsibilities, according to the International Labour Organisation. Women are willing to accept work if it is near their homes and they do not have to travel too much. Hence, in order to encourage more women in the labour force, it is important to encourage equal division of labour both at the home and the workplace between men and women.

For instance, the government recently increased the number leave days under the maternity benefit scheme. To divide childcare responsibilities between men and women, the government should introduce paternity schemes as well. This will be a step forward and help women to divide their time between the home and the workplace. Additionally, women are enrolling more in education. However, sufficient jobs are not created in sectors such as textiles, farming and clothes manufacturing that could absorb women. The government should particularly focus on sectors that would suit the employability needs of women.

A recent study conducted by Aspiring Minds (2017) indicates that 97% of engineers want jobs in software or core engineering. However, due to shortage of jobs, many engineers as well as non-engineers prefer to join a PhD programme. The regular stipend is an incentive for many to opt for higher education in India. Not only engineers but students from other streams such as science and arts also do not find jobs. As a result, higher education is the alternative for them.

According to the Indian Labour Report (2015), 1.6 crore individuals enrol in higher education due to a lack of jobs. Hence, the government should refrain from cutting research grants and reducing PhD seats. According to the recent UGC Regulations (2016) in any university, a professor can guide only eight PhD students, an associate professor can guide six PhD students and an assistant professor can guide just four PhD students at a time. As a result, Jawaharlal Nehru University (JNU), one of the largest universities in the country, witnessed a massive seat cut from 1000 to 194 in the PhD programme. The government should focus on improving the quality of higher education in India because a lot of students enrol for a PhD programme due to unemployment.

In a recent analysis of joblessness, the journalist Gurbir Singh narrates the story of how a young Maoist who was guarding the kidnapped Sukma  district collector, Alex Paul Menon, in April 2012, approached him with a small request. The young man had applied for the post of a hand-pump mechanic and requested the district collector to review his application favourably. In fact, it has been indicated that rural-urban migration often results in a lack of jobs, forcing the youth resort to criminal activities. While there is no official data which indicates that unemployment has resulted in crime, several studies such as Crime, Gender, and Society in India: Insights from Homicide Data by Jean Dreze and Reetika Khera, and A New Perspective on Violent Crime Burden Index: Evidence from Indian Districts by K. Chaudhary, have suggested that unemployment has been the cause of an increase in robbery and thefts.

With the level of rising unemployment and given India’s high youth population, it is important for the government to create gainful opportunities. With three years now behind it, unemployment has emerged as a major challenge for the Modi government. Additionally, all its major schemes together have not been able to create jobs. In this context, the government should focus on the key factors of unemployment, as well as develop alternatives that will generate employment for the unemployed youth in India.

Jagriti Gangopadhyay is a senior research associate and Wamika Kapur is a research assistant to legislators at Rajiv Gandhi Institute of Contemporary Studies, Jawahar Bhavan