Who is Gulbuddin Hekmatyar? Why and how is he back? Does the recent spike in attacks in Kabul have anything to do with his return? 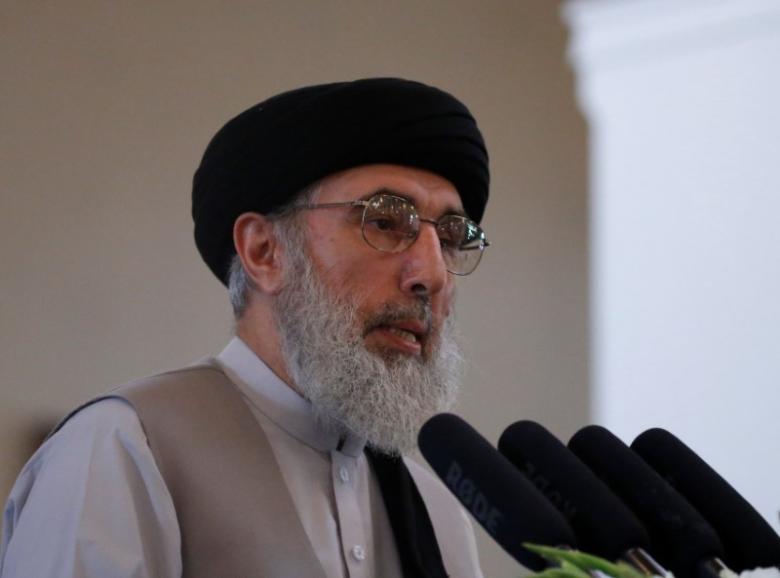 Kabul’s tryst with terror seems never ending. The city was never really out of danger through the last two decades but the frequency, scale, and impact of the latest round of terrorist attacks is comparable only to the darkest days of the Afghan Civil War between 1989 and 1996.

Now, there’s another common link between that tumultuous period and today’s chaos: Gulbuddin Hekmatyar. Though there is little to establish direct causation, but the strong correlation between Gulbuddin Hekmatyar’s return to Kabul and the spike in the attacks deserves serious attention.

Hekmatyar, known as the ‘butcher of Kabul’ for his role in causing the deaths of thousands of Hazara, Tajik and even Pashtun civilians in the past, has the worst human rights records of Afghanistan’s multitude of warlords. Apart from indiscriminate shelling that killed thousands of civilians in Kabul, his Hizb-e-Islami stands discredited for other ghastly acts such as the assassinating intellectuals, throwing acid on women, helping Bin Laden escape from Tora Bora, and facilitating Taliban’s presence in north-eastern Afghanistan.

Given this infamy, such was the visceral hatred for the man that he could not enter Kabul even when he was prime minister for 14 months in 1996-97. And yet, his recent return to Kabul was not as a captive but as a hero, in a convoy guarded by four Army helicopters and brimming with enough armament to send shivers down the spine of many Kabulis.

Ostensibly, he did appear to have mellowed down. He accepted the set of conditions laid down by the National Unity Government: adherence to the Afghan Constitution and a renunciation of violence. He criticised the May 31 Kabul bombings and even gave his approval to reforms for advancing the position of women in Afghan society. He also said, when he appeared with President Ashraf Ghani, that “the most important issue for me is to end this war and rescue the country from crisis”. Though not very many Afghans are so charitable about his intentions, in essence, he made all the right noises for someone who is seeking a role as the next leader of Afghanistan.

Yet, even as he made these conciliatory statements and spoke of peace, Kabul was confronted with one of its worst phases of terror. Unsurprisingly, many Afghans are now wondering: why and how is Hekmatyar back? Does the recent spike in attacks in the city have anything to do with his return?

What is behind his comeback?

Short answer: Hekmatyar has once again become the key element of Pakistan’s game in Afghanistan.

In the last few months, Pakistan appears to have segregated its political and military levers to destabilise and regain greater influence over Afghanistan. The military levers are represented by the Taliban and the Haqqani network. One reality that has become evident is that there is no one in the Taliban who could be acceptable as a leader in Kabul nor does Pakistan have confidence that the Taliban would not bolt once let out.

The current leader of the Taliban, Haibatullah Akhunzada, is little known and has been foisted by Pakistan to deny autonomy to the group. Together, the Taliban and the Haqqani network – both beholden to Pakistan – have made it clear that their endgame is not talks but conquest. Even though the National Unity Government (NUG) has tried several processes from Istanbul to Murree to Kabul, and has opened up the terms of the dialogue to include a number of wide-ranging issues, Pakistan has made it clear that this military lever will not be transitioned into a political one. In fact, the increase in attacks by Taliban is a nudge for the exasperated peace-talkers to look for players other than the Taliban.

Enter Gulbuddin Hekmatyar – and what you have is a charismatic political leader, probably somewhat tempestuous but one who has been tried and tested, and is largely in sync with the Pakistani dark state.

His return was engineered by Pakistan and it is most likely that the US, Russia, and other international players had prior knowledge of this manoeuvre. For Pakistan, his return earns them some respite from the censure that it has attracted for not getting the Taliban to reconcile with Kabul and to forestall US pressure to crackdown on the Haqqani network which, a few months ago, seemed likely. Moreover, having a man in Kabul in whom they have invested so much and who is now cloaked in acceptable attire is the strategic victory that Pakistan has longed for.

The West is plainly tired and has no stomach for more hostility in Afghanistan. Obviously, the US too has bought into Pakistan’s argument that a peace arrangement with Hekmatyar could lessen the pressure on them. In February, the UN Security Council lifted sanctions against Hekmatyar, which included a freeze that had been put on his assets, a comprehensive travel ban and an arms embargo. Similarly, it is highly likely that this issue would have come up for discussion in the Russia-backed talks in Moscow earlier in the year.

The concern over the expansion of the so-called Islamic State (IS) group in Afghanistan is also partly responsible for the U-turn over Hekmatyar: one school of thought – in both the US and Russia – holds that Kabul, with the help of Hekmatyar and the Taliban, can stop the IS advance.

How should India view his return?

An Indian position on Hekmatyar’s return is yet to be articulated. Pakistan has appeared somewhat restrained in the context of Jammu and Kashmir despite the political turbulence there. Instead, it appears to have invested in creating strategic space across its western border where, on one hand, it has a Taliban faction that can be used for terrorising the Afghan population and on the other, it has a politically acceptable face in Hekmatyar who is being spoken of as a future leader of Afghanistan.

Given this state of affairs, it is surprising that respectable voices in India have portrayed Hekmatyar’s return as an encouraging sign towards the end of hostilities. In our assessment, Hekmatyar’s growing presence in Kabul will be detrimental to India’s interests irrespective of the resulting scenarios.

In one scenario, Hekmatyar will exercise some say over governance in Kabul and might even make diplomatic overtures towards India. In spite of his presence in Kabul, Pakistan will not be able to secure the one thing that it desires – Afghan recognition of the Durand Line. In such a state, Pakistan will continue to use the Taliban and the Haqqani network to control districts along the Durand Line. This could lead to providing facilities and sanctuary for anti-India elements. One should recall how Kashmiri militant groups such as Al-Badr participated in the anti-Soviet alliance as part of Hekmatyar’s Hizb-e-Islami and how the Lashkar-e-Taiba came into being in Kunar.

In another scenario, Hekmatyar’s forces could move into Kunduz – where he hails from. While this may be somewhat comforting to those who are apprehensive of an ISIS presence in the north, it would weaken the Tajik and Uzbek power centres in the North. If that happens, India’s friends in the North will be alienated and India could lose popular goodwill in Afghanistan.

Hekmatyar’s comeback should ring warning bells for India because forces that rely on terror are on the ascendance in Afghanistan. And this is definitely what the Afghans do not want.

Anand Arni and Pranay Kotasthane are with the Geostrategy Programme of The Takshashila Institution, a Bengaluru based think tank