"What is the issue with making Aadhar compulsory? Only the rich seem to be complaining about it," the TISS director said. 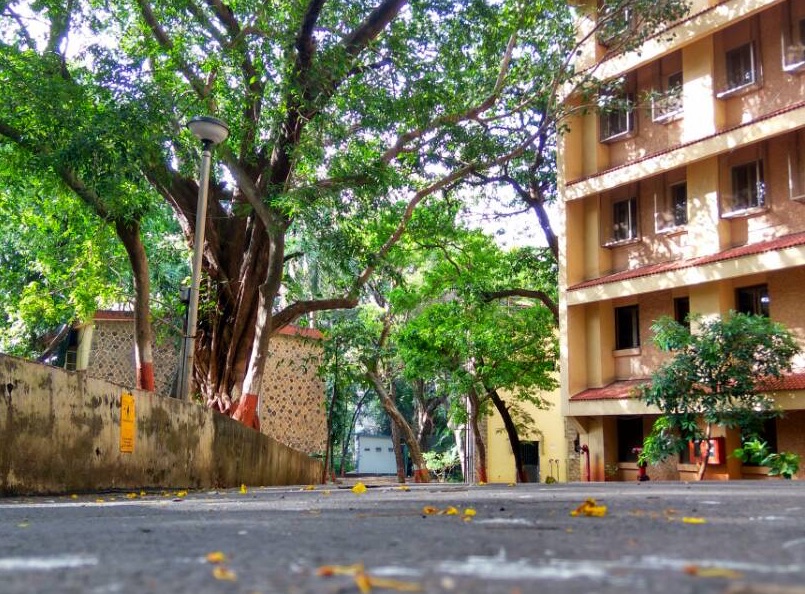 Mumbai: After many students and teachers raised their voice in protest, the administration at the Tata Institute for Social Sciences in Mumbai has extended the deadline for payment of fees to June 8. The administration had recently issued a circular saying it can no longer waive the fees for SC/ST students and that students would be subjected to a biometric attendance system.

The Wire contacted TISS director S. Parasuraman last week, who justified both the fund cuts and the rules making Aadhaar compulsory. On the issue of fund cuts he said,“[L]ast year, 602 students were given free complete education. Because the student strength has been increasing we are unable to provide funds from the UGC maintenance grant. We are trying to raise the scholarships from the corporate sector…We are not saying we won’t support you but technically UGC doesn’t allow anything except tuition fee to be waived. We are only expecting the scholarship students to pay for the dining and hostel charges. If they[students] went to JNU they would have to pay.”

On being asked why the Aadhaar was made compulsory, the director’s response was,“It is necessary because degree certificate needs several authentications. The embedding of Aadhaar in programming of degree certificate makes it foolproof. What is the issue with making Aadhaar compulsory? Only the rich seem to be complaining about it. Aadhaar is an essential part of poor people’s lives. It helps in tracking the missing.”

On May 26, a circular issued by TISS caused a stir within its student body. According to the circular, no financial aid would be provided to SC/ST/OBC students starting from the next semester. This comes in light of the TISS administration claiming to face a deficit of Rs 20 crore that hasn’t been reimbursed by the Ministry of Social Justice, the Ministry of Tribal Affairs and state governments. The circular also ‘advised’ concerned students to avail of educational loans and said that “you can start repaying the loan taken as soon as settle down in a job.”

There have been further clarifications from the dean of student affairs in a circular issued on May 31, stating that “students need to understand that the Institute is going through financial strain and hence pro-active measures such as full fee waiver is not sustainable any longer”. Students wrote back to the administration on June 5, using an anonymous ‘TISS Resists’ email ID, saying that many students who get state government scholarships were yet to receive them. The students had then requested an extension of the deadline. To this the director responded,“It is up to you – come back to study or boycott and suffer. The choice is yours.”

Additionally, the circular mentioned the compulsory submission of an Aadhaar card for every student. If students fail to comply, the circular said, they “will be deemed to be absent from classes”. The penalty for failure to accept the compulsory introduction of an biometric attendance system and submission of fingerprints and an Aadhaar card would lead to the person being de-recognised as a student. This, students argues, militates against the Supreme Court ruling which states that the Aadhaar cannot be made mandatory even for accessing welfare schemes.

The former student body president, Rahul Advani told The Wire, “I see it as a betrayal. The notification does not clearly mention that the attendance record will be linked to Aadhaar but putting it under the biometric attendance section of the circular does give an indication. Also how the student representatives will be chosen is vaguely mentioned. Moreover, the government, the University Grants Commission and the institute claim that they believe in providing quality education irrespective of a person’s ability to pay for it. This circular is in complete contrast to this.”

The institute’s logo, which proudly claims to be ‘re-imagining futures’, is now seen to be doing so at the cost of excluding those who can’t afford the fees. Students are still planning to resist the imposition of Aadhaar and the new attendance system.

In response to the circular, a large number of students across various TISS campuses sent out emails addressed to the registrar C.P. Mohan Kumar, director Parasuraman and dean of student affairs P.K. Shahjahan, seeking clarifications regarding the notice.

A select number of students received a response from the director, along with a note attached from the dean of student affairs. The note only addressed the issue of withdrawal of funds for the SC/ST/OBC students, stating that:

The Aadhaar issue was not addressed by the administrators. A few students held a meeting with the dean, where he said that the notification was sent in haste and was not wholly written by him but was put together from various emails. In another response to a student’s email seeking clarifications regarding the notice, the director, Parasuraman, apparently told the student (who wishes to remain anonymous), “God Bless You. There is no use talking to you.”