Environment Ministry to Bend Over Backwards to Whitelist Illicit Projects

A new notification from the ministry lays out a process by which illegal units can be granted clearance and “brought into compliance” within the next six months. 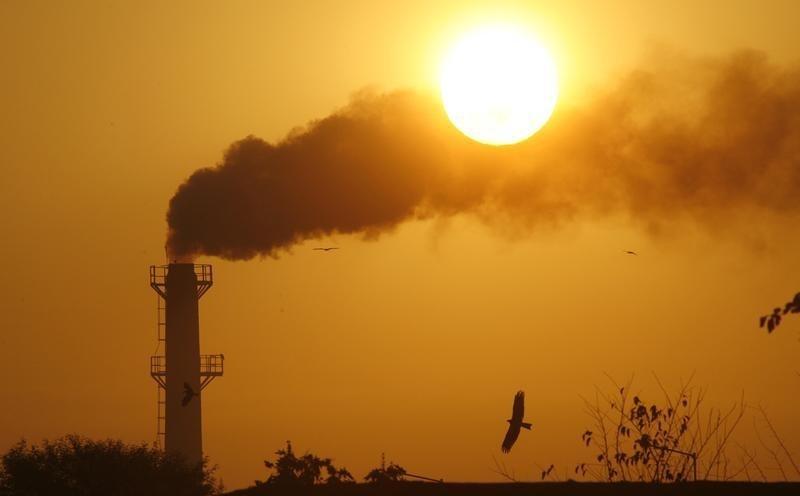 Smoke rises from a chimney of a garbage processing plant on the outskirts of Chandigarh December 3, 2011. Credit: Reuters/Ajay Verma/Files

On March 14, 2017, the environment ministry issued a notification that is a remarkable show of partisan support to projects that have been illegally operating without environmental approvals. The document lays out a process by which illegal industrial units, mines, ports or hydro projects can be granted clearance and “brought into compliance” within the next six months.

The present government has reaped great benefits from the trust of millions in its talk and extreme measures to root out corruption. But this move to notify the grant of post-facto approvals is the opposite of what demonetisation claimed to be. By bringing in this process, the government has shown that it will bend backwards to give a clean chit to units or operations that have been engaged in illegitimate ventures.

It is important to note that these units up and running without environmental approvals are not small ones that are ignorant of the law. On the contrary, this notification could also benefit several large corporations, industrial houses and real estate projects that are in the habit of treating environmental regulations as an unnecessary encumbrance upon them. They have violated laws with impunity because of their status as above the law in this development-obsessed country. They are also guaranteed condonation by governments because of their mutual need of one another.

Why violations need to be booked

The problem of bypassing environment regulations is huge and its implications have been recorded in many instances. The Justice M.B. Shah Commission of Inquiry for Illegal Mining of Iron Ore and Manganese was set up through a notification dated November 22, 2010. Their report for Odisha showed that out of 192, 94 iron ore and manganese operating mines in the state did not have environment clearances. The Goa Foundation case on defaulting units in 2005 resulted in the Supreme Court ordering the closure of 218 industrial and mining projects that were operating without environment clearance. The National Green Tribunal has imposed fines on projects such as the Hazira port in Gujarat that started construction prior to clearance.  A fine of Rs 25 crore was imposed on the project proponent to be used for restoration of the environment and the environmental clearance that was given for the expansion of the project was set aside.

Why were these stringent actions taken by the courts? In noting the significance of violations, the courts have held that these violations have made a huge difference to the state of the environment and the health and security of the local population. In Odisha for example, the illegal mines that operated in full view of the government had caused a deathly situation of thick dust, accidents during transportation and a general collapse of any civic rights. These projects were operating without any legally binding stipulations to protect the neighbourhood communities from the harms of pollution, for the continued access to livelihoods and secure working conditions for the employed labour.

In addition to the public harms caused by the violations, the Supreme Court-appointed Shah commission noted in its report on the illegal mining in Goa that “The spirit of Environmental Clearance system has been substantially wounded, resulted into amass of wealth by certain individuals / companies at the cost of environmental sustainability and ecosystem. The impact is so high that the environment and ecosystem in the buffer zone have been made vulnerable to withstand.”

As recently as December 2016, the report of the comptroller and auditor general (CAG) recorded that in 7% of 216 cases studied by the CAG, construction and operations were initiated without approvals. Finally now, the environment ministry is stating this upfront and offering this notification as a way to clean up the mess. However, as a solution it has offered the violators a back door entry into compliance.

The oldest trick in the book

Regularising violations is the oldest trick practiced by all political parties. The last few years are full with examples of how the environment ministry has condoned environmental illegalities. Back in 2010 when the Congress party was in power at the Centre, the environment clearance for the expansion of M/s Jindal Power Limited’s Tamnar power plant in Raigarh, Chhattisgarh was granted. This was despite the ministry’s project appraisal committee having official records that construction had been carried out even before EIA studies were done.

In 2009, when an appeal was filed before the National Environment Appellate Authority against the grant of environment clearance to Adani’s Waterfront Development Project in Mundra, Kutch, one of the contentions was that the project had already initiated construction activity prior to the grant of environment clearance. The Expert Appraisal Committee (EAC) had completely missed this legal fact during its appraisal process. The Adanis went on to violate the conditions of the environment clearance of not just this project but of its other projects too in the vicinity. Despite these being on record, a high-level committee appointed by the ministry stated, it is not “possible or prudent at this stage to halt or cease its operations” .

One might argue that the BJP government is being more systematic in its approach by laying out an open and transparent process for how violators will be treated. Unfortunately, this suggested process has elevated the idea of condonation of environment violations to a policy level from the earlier case-by-case formula. Additionally, it has lowered the legal standards of assessment for these violators in general.

Under the present amendment the violator will be first assessed by the ministry’s EAC on two parameters: whether the project is constructed on a legally permissible site and whether a project expansion can run sustainably with suitable environmental safeguards. The requirement for an environment impact assessment (EIA), management plan and remedial measures will come into play only after the EAC has decided that the project does not require to be closed down for the above limited reasons. The role of these studies will not be to determine the approval of the project, as is normally the case with EIA procedures, but only to collate information towards planning management, mitigation and compensatory measures. The violator is also awarded the opportunity to bypass the requirement of a public hearing, which would have been mandatory if it had sought prior environment clearance in accordance with law.

Scheming of reprieve by two parties

The government has treated the issue of habitual violators of environment law as a problem akin to tax evasion and has offered a one-time amnesty to such fraudulent and non-complying units. Just as the government mops up funds through such disclosure schemes, here too the amnesty comes at a cost that the government will charge for remediation of the violations and any economic benefits earned from it. What has been completely left out of the picture is that these violations have caused large-scale public harms and the remedies for these need to come from those who have been affected and whose rights have been abused. This may include the suggestion to close down the violating unit.

This scheme takes our environment regulation several steps back and is one of the most retrograde ones in recent times. This offer of a way out of non-compliance through the back door is a bad precedent and establishes once again that the consequences of illegal operations is pardon, payment and being back in business. This has been the practice of environment regulation in India for a very long time. The new notification is replete with references to the “powers of the central government” to take actions to protect the environment. It is true that this power has been delegated to the ministry. To use its powers to this end is to make people who have suffered the effects of illegal operations all the more vulnerable. By suggesting this solution, the ministry has stayed silent on the question of remedies for the problems people have faced all along. Instead the corporate violator has got the government’s sympathy.