Documents attached to a fresh affidavit filed by Cyrus Mistry show why AirAsia India may have sacked its former CFO and how the low-budget carrier may have ignored warnings of financial fraud. 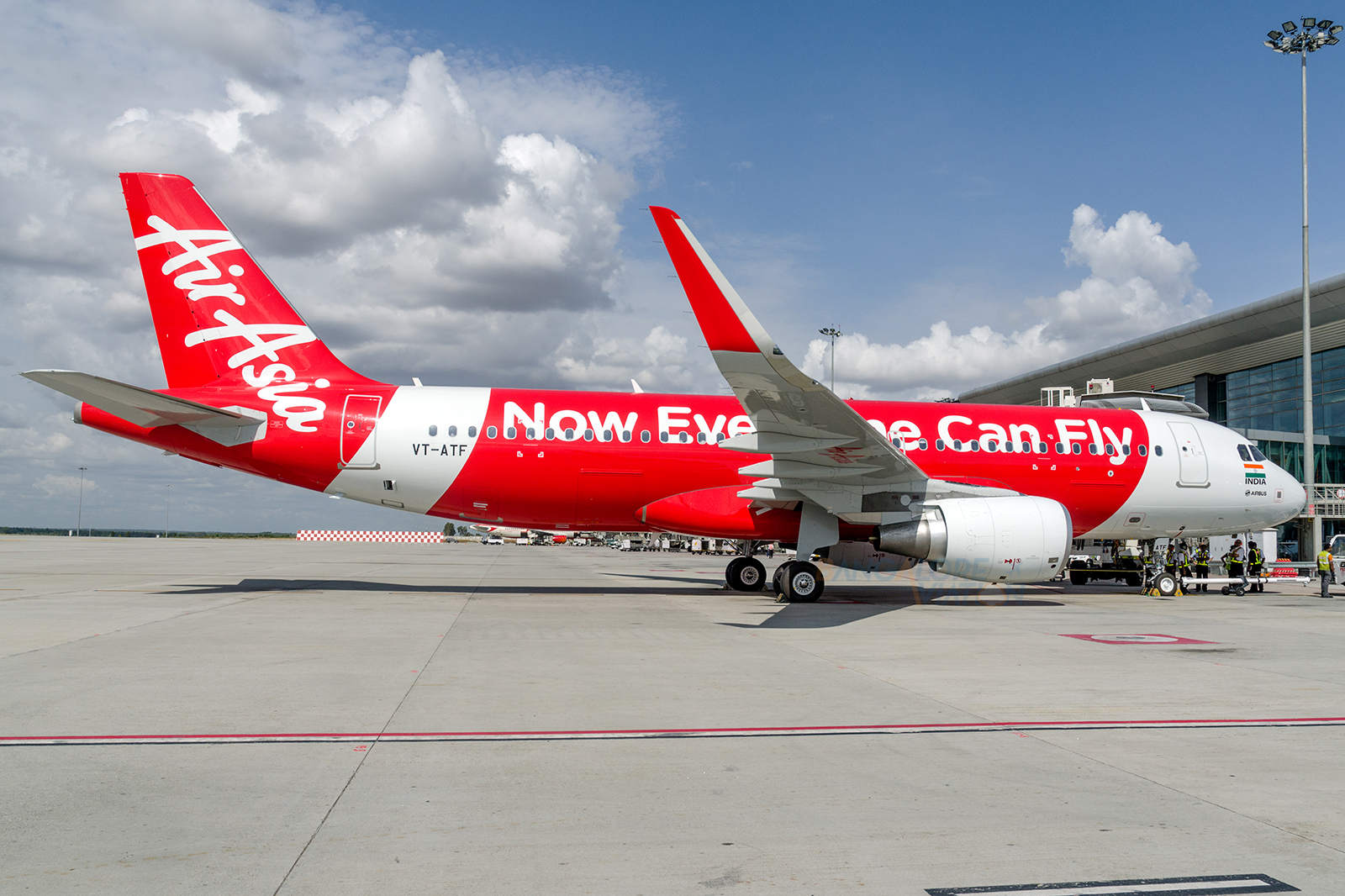 File photo of the first flight of AirAsia India.

New Delhi: A set of e-mails between former Tata Sons Chairman Cyrus Mistry and Tata Sons group legal counsel Bharat Vasani show that irregularities in the manner which AirAsia India was being managed started as early as March 2014, three months before it launched its maiden flight in India.

The emails – which are attached to a fresh affidavit filed by Mistry with the National Company Law Tribunal on January 21, 2017 – show that the mounting irregularities prompted Vasani,  frustrated over his inability to push the board into making quick changes, into resigning from his secondary position as a board member of AirAsia India in late 2015

The documents, which The Wire has reviewed, also show that the chief legal officer was increasingly anxious and concerned over the way AirAsia India was being managed and was particularly upset over the company’s lax attitude towards keeping proper financial records.

Curiously, Vasani’s own affidavit, filed with the law tribunal as part of Tata Sons’ reply to Mistry, makes no mention of these irregularities or his concerns. In his affidavit, Vasani states that he resigned from AirAsia India because of the workload and a desire to focus on his duties as the conglomerate’s chief legal counsel.

In his filing, Mistry has consequently alleged that Vasani “could have been forced to commit perjury” in order to “protect the Managing Trustee of the Tata Trusts and other close respondents of Respondent No. 2 [Ratan Tata]”.

Nevertheless, these documents and set of e-mails present a detailed picture of how matters started unravelling and how irregularities in Tata Sons’ aviation venture were flagged to multiple executives within the Tata conglomerate.

In 2013, AirAsia India launched to much fanfare. While AirAsia Berhad of Malaysia would own 49% shares in the firm, Tata Sons would pick up a 41% stake and Telestra’s Arun Bhatia would own the rest. The board then constituted was chaired by Tata veteran S. Ramadorai (former CEO of TCS) and included Tata group representatives P.K. Ghose and R. Venkataramanan along with AirAsia Bhd’s Tony Fernandes and Bhatia.

By March 2014, AirAsia Bhd’s creeping influence (which was reported by several outlets in early 2016) over most matters of AirAsia India’s functioning started becoming clear. Mistry alleges that Vasani sent him an e-mail on March 10, 2014 which raised concerns over the manner in which AirAsia India was importing is aircraft.

“It is strange that no details whatsoever are provided to the Directors before seeking their approval to import an aircraft from a related party,” Vasani’s e-mail reportedly said. “I have no means to verify what are the commerical terms… and whether those are negotiated on an arm’s length basis. No idea who has reviewed the contractual documents and whether the terms of the lease are in the interest of AirAsia India.”

Vasani goes onto add: “My asking these questions now may not carry much wait [sic] as Ram and Venkat have already approved the transaction without asking for these details”.

It is unclear what “related party” Vasani’s e-mail refers to, and unconfirmed whether the “Ram” and “Venkat” mentioned refers to fellow board members Ramadorai and Venkataramanan.

Matters snowballed from here onwards. On November 15, 2014, Vasani reportedly sent a email complaining that a board proposal for the leasing of the third A320 aircraft had a very “convoluted structure” and that he wasn’t given enough time to properly vet the proposal.

In May 2015, the first of three probes was carried out. According to Mistry’s account, on May 13 he was informed that Vasani’s team had “carried out a limited due diligence of regulatory compliance at AirAsia and [they] had detected several serious regulatory infractions”. A separate e-mail has Vasani saying that this probe was carried out in April 2015.

At the time, Vasani’s opinion was that the Tata Sons group shouldn’t put in any more capital into the venture until the regulatory issues he had flagged were resolved. Mistry notes that despite this “forensic report”, it was “decided to release a further sum of $7 million to AirAsia India Ltd”.

What prompted Vasani’s team to conduct such an exercise? An email sent sometime in March 2015 from Vasani to former AirAsia India CEO Mittu Chandilya and former CFO Vijay Gopalan may have been the cause. In the e-mail, Vasani notes his displeasure over the “total lack of attention” paid to legal compliance matters in the company.

Vasani also raises another grouse in the e-mail; this one over the company’s audited accounts for the year ended March 31st, 2014. According to the e-mail, the accounts had not been filed with the Registrar of Companies even though it was “almost 7 months after the last date”. “This is despised [sic] my repeated follow up with Vijay Gopalan.  Every time I am being given a new reason for non filing of accounts. It is a very serious lapse and exposes all the directors to criminal prosecution. This is totally unacceptable,” Vasani’s e-mail says.

In an explosive e-mail to Mistry on March 31, 2015, the same day he sent a warning mail to Chandilya and Gopalan, the conglomerate’s legal counsel said:

While Vasani did not follow through with this resignation warning, three months later, in June 2015, another confrontation loomed. In their annual audit, Ernst & Young, the statutory auditor of Air Asia, had found potential foreign exchange violations due to various non-compliances and company law violations.

On June 21, 2015, CFO Gopalan sent out an e-mail to company’s board, attaching the E&Y presentation. Vasani, on the same day, replied back saying: “The board would like to see the legal opinion obtained by AA (Air Asia) on the possible FEMA violations referred to in the Auditor’s power point presentation”.

After Vasani’s reply, AirAsia chief Tony Fernandes chimed in almost immediately on the e-mail thread at that point and asked: “What’s Fema?”

On the same day, Vasani shot off an e-mail to Tata Sons chief operating officer Farokh Nariman Subedar informing him of the situation and crucially noted that “no explanation was forthcoming on why the loss in accounts [as audited by Ernst & Young] is higher than what was presented to Tata Sons board”.

Subedar’s reply fingers Gopalan. In an e-mail the Tata Sons COO asks whether “the gopalan guy” is from “our system” and that some of the non-compliances are “so basic”, Gopalan should “be held responsible”.

Vasani’s reply, which copies Mistry in on the thread, notes that Gopalan is an outsider and appears to have “no corporate experience”. “I insisted that we should sack him. He is tendering his resignation tomorrow. Mittu [Chandilya] also seems to have more consulting experience,” Vasani’s e-mail reads.

It is unclear whether this was what led to Gopalan’s departure, which was officially announced in August 2015 (a little over two months later); with the official statement saying the CFO was leaving for “personal reasons”.

In his e-mail to Subedar, Vasani also signals his own imminent resignation from the AirAsia India board and blasts his fellow directors:  “We have a very dysfunctional board. No corporate governance. Most of the transactions are related party… I am the only one from the Board who is screaming and shouting at the Board meeting and asking inconvenient questions.”

Screenshot of Vasani’s e-mail to Subedar in March 2015. Credit: The Wire

Vasani also notes that he sent two notes to “Mr RNT on what is going on” and that he would be stepping down from “tomorrow”.  He officially stepped down, however, only in November 2015.

The March and June 2015 e-mail threads, Mistry points out in his affidavit, are evidence of “perjury being committed” as Vasani’s earlier filing to the company law tribunal omits mention of the many confrontations that took place over AirAsia India’s dysfunction.

What happened next? In October 2015, AirAsia india formally announced that it was investigating “former personnel of the company involving ‘irregular personal claims’ and certain company charges”. This inquiry happened after Mistry was sacked and his e-mail to the Tata Sons board raised potential ethical issues at AirAsia India.

In one last e-mail sent by Vasani to Mistry in October 2016 (Vasani by that point had gone back to being just the general legal counsel for Tata Sons), the legal chief notes says that Tony Fernandes told him that “he will support any legal action” against former CEO Mittu Chandilya.

“He [Fernandes] also stated that a person who buys home furniture and charges it to the company cannot be spared,” Vasani’s e-mail reads. This e-mail — which was sent on October 10th 2016, just ten days before Mistry was sacked — references the third forensic audit (carried out by Deloitte) into AirAsia India’s finances.

“In this context, I’d like to inform you that the forensic report shared with me by Mr. P.K. Ghosh, Chairman, Audit Committee of AirAsia India, reveals several personal expenses aggregating to Rs 1.6 crore incurred by the former CEO were charged to the company.”

In late December 2016, the Enforcement Directorate sprung into action, and started investigating AirAsia India over potential FEMA violations. The ED’s findings have not yet been made public.